Last Four Days to get your PEDION Modular Terrain!

It seems that after hitting the infamous "mid-campaign" sluggishness, the Pedion Kickstarter campaign managed to reach the £25000 pledge sum, unlocking the Pond/OxbowLake/Marsh Tiles.
Now, it is the last four (4) days of the campaign - for Pedion's to become even better and for you to get an even greater variety of battlefields. So, if you were planing on pledging, now is the time!
While Pedion will be available through our e-shop after the Kickstarter is fulfilled (this is the project's aim after all), backers will


Even if you think about getting lots of terrain afterwards, a pledge now can mean wonders for Pedion's future. And speaking of future, let's take a look at those Stretch Goals!

The £25000 Stretch Goal unlocked a series of tiles and upgrades, which actually are based on the same base design, and their production will use the same mold. The two tile types are the Pond (small lake) Tile and the Widening River Tile; both tiles can be converted to include marshland!

The River Widening is a special river tile (a river Turn, joining to the rest of your river tiles) which meanders and the water is in the process of creating an oxbow lake.


The Pond tile is actually a stand-alone small lake, using exactly the same design without the river connections (thus saving some £ on mold design)


What really makes the difference though, is that you can at anytime convert those two tiles into marshland! With the corresponding add-on, you can clip on and off swamp surface, creating either a partial marshland on a river side, or a full marsh on top of your lake:


*Expect the final Marshland add-ons to be made from much thinner resin, in order to fit more seamlessly on the river/lake sides, to reduce slopes and to keep the whole marsh on a lower elevation.
**The marshland motif has been drawn from Luisiana marshland images. The riverside marshland is formed at the wider side of the river. This is not common, since water flows faster outside, but it made for a bigger marsh; so let's assume that the outer curve would be the place with lots of alluvial which would help to create a marsh if the water would again erode the closer turn...

Although we are nearing the end, there is a number of Stretch Goals that we may unlock yet!
The closest one, on terms of pledge total, is the availability of two new ground variations when we reach £28000, both more suitable to a Science Fiction setting: the "Red Planet" and the "Grey Wastes". These new variations will also unlock a new type of Tile: the Crater tile.
Actually, there are going to be two different kinds of crater tiles. The first is going to show a big, regular crater, usually the result of planetary Impact. The other will depict overlapping smaller craters, with ground devastated from artillery. Take a first glimpse of both the new themes and the crater tiles on the photos below: 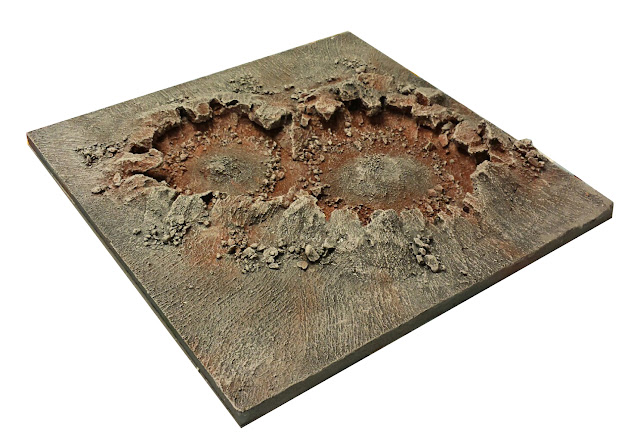 Next Social Stretch Goal: FREE Walls for everyone if we reach 165 Backers

Since the number of 180 backers may seem a bit far-fetched, I do not want to end without another freebie :) So, let us reach 165 Backers first, and everyone with a physical reward will also receive some free walls! Specifically:

We may never reach it, at least on this Kickstarter, but I wanted to give you a glimpse of what I had in stock for the SciFi/Urban Stretch Goal: a road tile upgrade with luminated roadsides... Check the early prototype - LED lighting on 12V Battery 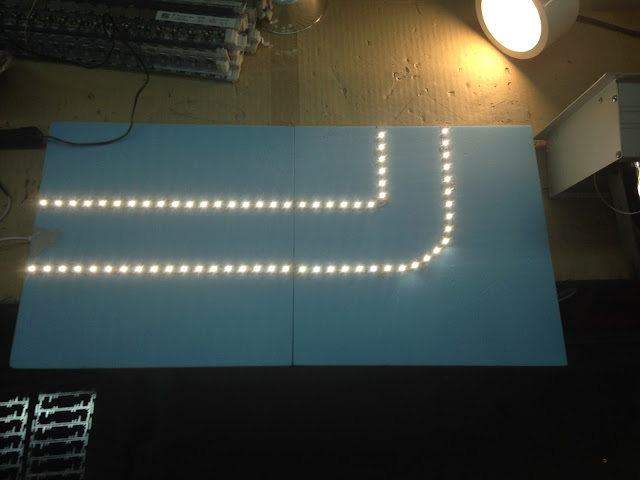 So what are you waiting for? The time is now - pledge, spread the word, bring your friends in and get the last terrain you will ever need!